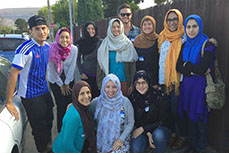 Oakland International High School (OIHS) is a small public high school located in Oakland, California. The school seeks out newly arrived immigrants, who have historically been underserved. All of Oakland International’s students immigrated to the United States within the last four years and are English Language Learners.

OIHS was the first high school designed to serve this unique student population within the city of Oakland, which is a very diverse, urban city that is home to many immigrants and refugees. OIHS was created in 2007 to meet the needs of this growing population, which has greatly expanded since the school's opening. 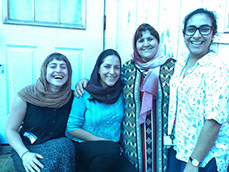 The school itself was created through a partnership between the Oakland Unified School District and the Internationals Network for Public Schools, which had previously created similar high schools in New York City. The Internationals Network has a unique pedagogical approach with core principles which are: 1. Heterogeneity and Collaboration 2. Experiential Learning 3. Language and Content Integration 4. Localized Autonomy and Responsibility 5. One Learning Model for All

Each October, groups of students lead teachers through their communities, introducing them to the places, the agencies, and the people in their lives outside of school. A typical walk may include a visit to a legal aid clinic, or a community garden, or a religious institution in students' neighborhoods, followed by a big feast at a local restaurant or in someone's home. Students teach adults how to say phrases and words in their languages and adults are able to learn more about why and how their students arrived in Oakland, and the challenges and strengths of their communities here in the Bay Area. The Community Walks are a highlight of the year for both adults and students, bringing them closer together by putting students in leadership positions and breaking down the walls between the school and the community. 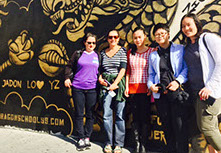 Oakland International sees its students first language and culture as a strength not a weakness. It has become a true School of Opportunity for its newcomer students.

No news items found for this recipient.

May 20, 2019: "Here are 7 'Schools of Opportunity’ that 'show us a way forward." Read about this year's recipients in The Answer Sheet.